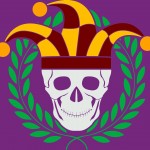 Named one of Dc Metro Theater Arts Best Play by a Professional Theater 2015!

Best Director of a lay in Professional Theater 2015! (Leanne Dinverno)

Attempting all 37 of Shakespeare’s plays in one night can result in either triumphant success or catastrophic failure – either way you won’t want to miss it! Starring Troupe Members Michael J. Dombroski, Brian Moors, and Co-Founder Patrick Mullen, The Complete Works of William Shakespeare: (abridged) [revised] blends witty farce with rapid hi-jinks through scripted elements and structured improvisation. Directed by Co-Founder Leanne Dinverno, Off the Quill tackles its first comedy with this wild, irreverent ride through one of the most beloved collections of classical literature.

Performances at The Greenbelt Arts Center