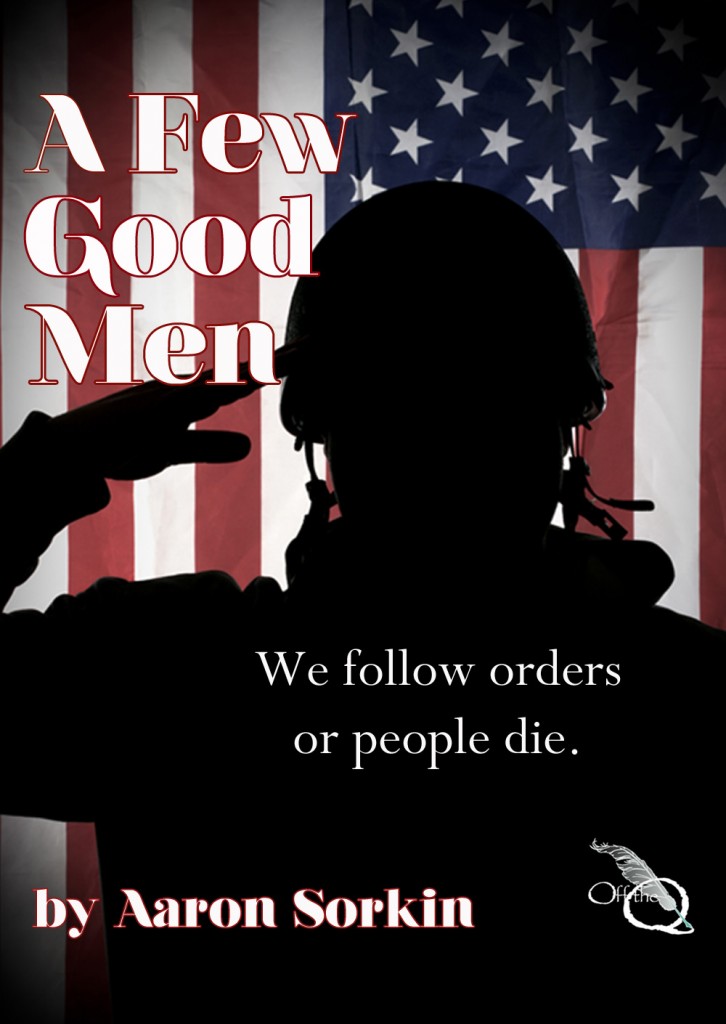 When do the ends no longer justify the means? This is just one of the questions raised in Academy-Award winner Aaron Sorkin’s hit Broadway debut. A Few Good Men follows the court martial of two Marines in the summer of 1986, put on trial for the suspicious death of PFC William Santiago. Assigned to the case is Lt. Daniel Kaffee, a young JAG with a penchant for plea bargaining. Under pressure from Lt. Cmdr. Jo Galloway, Kaffee and the Defense find themselves uncovering a conspiracy, confronting the morality of war, and indicting the Marine Corps Code of Honor.

A Few Good Men will be presented at the Greenbelt Arts Center from July 29 – August 13, 2016 (Fridays, Saturdays, one Sunday matinee).